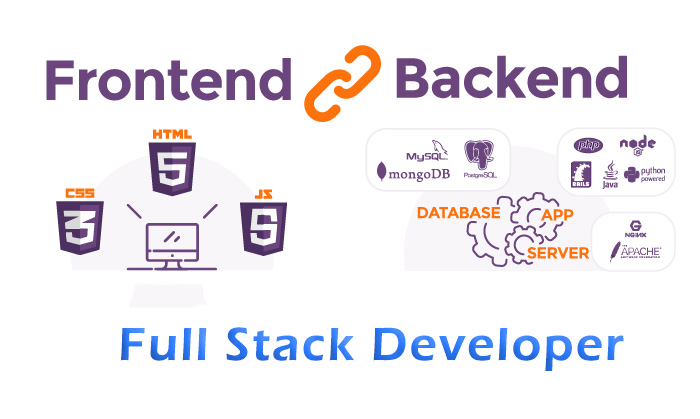 But as the industry is growing, the work is also increasing and there is specialization in every field. Everyone must have come across these job title, i.e. front-end, back-end and full-stack developer. Many questions arise. Some of the common questions are as follows:

This article will answer all the query so that the concepts are cleared and next time you don’t get confused with these words.

What is a Front-End Developer? 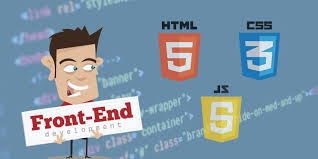 A front-end developer is a programmer which codes and creates the visual front-end part of a website, software or an application. This type of developer is called as a client-end developer. They use HTML, JavaScript and CSS for creating a website so that the users can view and interact with the websites directly. This comprises of basic website layout/design, content, images, button, navigation and internal links also.

The languages used to build front-end are HTML, JavaScript and CSS.

It is a programming language which is used to create web pages. It is regarded as the backbone of the web. The latest version of HTML is 5.

The colours, background images, fonts and the way the page is laid out is set through CSS. It controls the way the HTML display on the page. The layout of multiple web pages can be controlled all at once which saves a lot of work. In CSS files, external style sheets are stored. The latest version of CSS is CSS 3 and it has added loads of features such as animations and basic interactivity.

In the technology industry. JavaScript is known as the game-changer because it helps to develop fully-featured web applications, interactivity can be added and complex animations also. Both HTML and CSS can be changed or updated through JavaScript. It can also calculate, control and validate data.

Learn the course from the best web development training institute in Kolkata.

What is a Back-End Developer?

A programmer who creates core computational logic and the logical back-end of a website, information system and software is known as a back-end developer. The features and components are created by the developer which are indirectly accessed by the users through a front-end system or an application. The programming languages included in the back-end are PHP, Python and Ruby. The architecture of website, databases and scripting are focused by the back-end developer. A summary of PHP, Python and Ruby are as follows:

PHP is an acronym of Hypertext Preprocessor. It is a scripting language and generally used in server-side. Earlier PHP stood for Personal Home Pages. It is used to develop dynamic websites or web applications or static websites. The code of PHP may be embedded into HTML code or it can be used in combination with various web template systems, web frameworks and web content management. It is cross-platform because it can deploy the applications on many various operating systems such as Windows, Mac, OS and Linux, etc.

Connect to the best PHP training institute in Kolkata to become the best full-stack developer.

Python is a popular programming language. It is an object-oriented language. It can be used to create web applications on a server and connect to database systems. The file can be read and modify. It can also be used to manage big data and perform complex mathematics. The syntax is simple, similar to the English language. It works on various platforms.

What is a Full-Stack Developer?

A person who can develop both sides of software, i.e. client-side and server-side is called as a full-stack developer. They must be acquainted with HTML and CSS. A full-stack developer should also how to program a browser using JavaScript, Angular or JQuery, etc. They must even know how to program a server using PHP, Node, Python or ASP and even know to program database using SQL, MongoDB or SQLite. They can easily switch between front-end and back-end development if required because they have enough knowledge about other programming languages also.

Some of the popular stacks are as follows:

Now we have understood the difference between front-end, back-end and full-stack developer. Every developer has a role to play. Though, a full-stack developer knows how to perform both the tasks but they do not need to do both the work. They work for a particular developing process but has enough knowledge and can switch to any end whether it’s front-end or back-end whenever require.

What do you mean by Front-end, Back-end and Full-stack Developer? 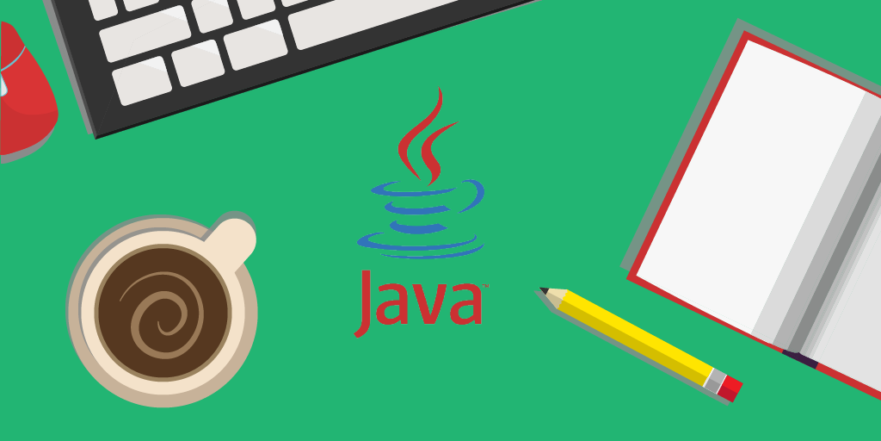 Reasons Why You Should Learn Java? 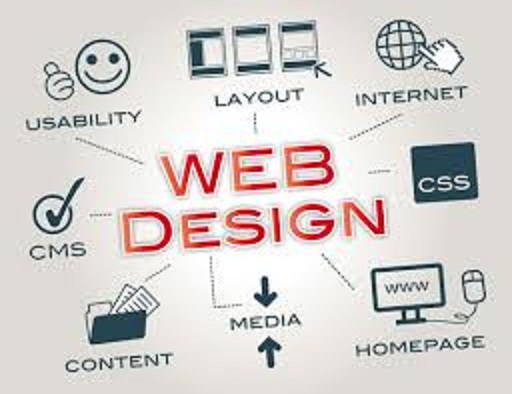 What is web designing and its future scope? 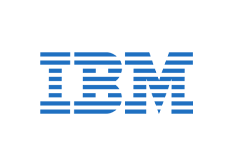 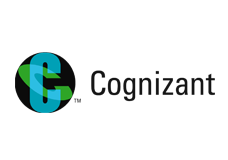 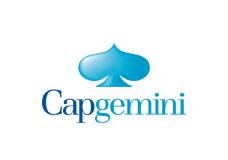 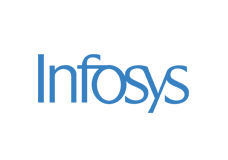 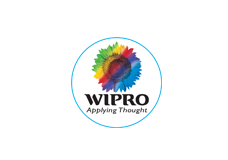 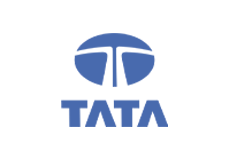 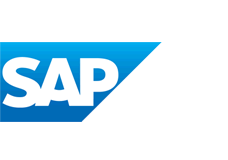